You are here: Home

Am I Too Old For Dating?

Am I Too Old For Dating?

I'm fortunate enough to have been born with two complete sets of grandparents, two sets of great-grandparents (both on my fathers side of the family), and even one great-great-grandmother who is actually in my earliest memory of life. Each time one passed away, their spouse remained single for the rest of his or her days. It seemed logical to me at the time, and I couldn't imagine any of my grandparents ever dating someone else. Now, as I approach my senior years, I see life differently. Society has changed a lot in the intervening years as well. 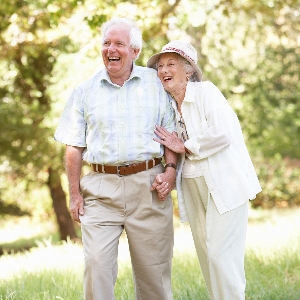 Today there are more people than ever who have reached the age most people consider to be senior citizen. With advances in modern medicine, people are also living a lot longer. What once was considered taboo, is becoming more and more the norm. It is almost common now to hear about people in their 70s, 80s or even 90s getting married. In fact research is beginning to show that entering into a romantic relationship in your later years may even extend your life!

So what stops many people from dating when they're in their later years of life? Some people worry about what their kids or even their grandkids might say. Will they feel as if your cheating on your past spouse? Will they be embarrassed if they have to explain to other people that you're dating? It's easy to say not to worry about what others think, but the truth is that our friends and family are important to us, and we truly do care about what they say and think. Instead of focusing on the problem though, you should be searching for a solution. You're an adult and this is YOUR life! Having fun and enjoying a relationship with another person isn't restricted to only younger people! I don't know about you, but I plan on enjoying every year of my life that I possibly can, so prepare in advance what you're going to say and how you're going to approach the situation.

Often times it's the fear of what others "might" think that immobilizes us, and causes us to not take action. As I said earlier, society as a whole has changed. You may be surprised to find that not only is your choice to date accepted, it's encouraged! I have a friend whose father passed away some years ago. His mother remained single for over seven years after he passed. I remember his reaction when she told him for the first time that she was going to go out on a date. He told her "It's about time!". He found out that she had been wanting to date for a long time, but had been afraid of what he and his brother might think. They had both wanted her to date for years, but were afraid to push her and assumed that she hadn't gotten over the death of their father yet. Don't let this happen to you!

back to top
Prev Next
Dating Relationships Single